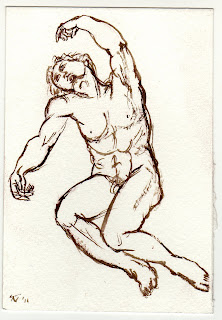 I haven't been able to re-shoot my former image of St. Sebastian.  I detailed it quite a bit more after studying the photos, and it is pretty much finished, save for varnish and framing.  I'll post the new photos when they are finished.  I like the panel very much as it reminds me of a scene from an old film, The Garden of the Finzi Contini.  There was an execution scene in the film which took place in a wood in the middle of winter.  I left out the snow.
.
I thought of doing another smaller image for a retablo frame.  I began the drawing on paper, shown above, but will most likely leave it at that for now.  The sketch reminded me of the January Magnificat cover depicting a study for the Adoration of the Magi by Rembrandt.  So I thought I'd post this sketch, as if I'm a great painter.  LOL!
.
I rarely, if ever do finished drawings - unless I'm using pastels or crayons, and when it comes to painting, I more or less draw everything with my brush - as the above scan demonstrates.  I have done paintings on paper, but I'm not sure I should invest that much time on this piece.  I'm trying to beat Guido Reni's record for painting works depicting St. Sebastian.  No - I do not compare myself to Reni. 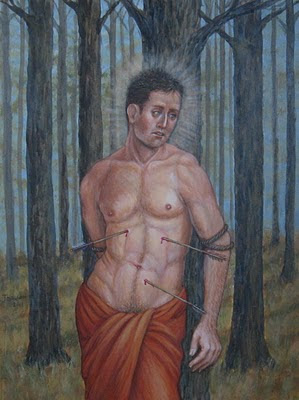 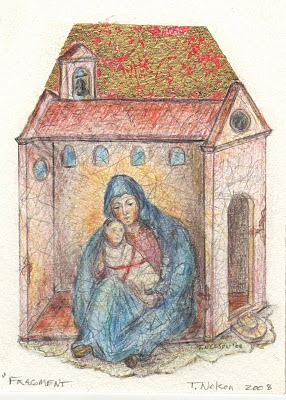 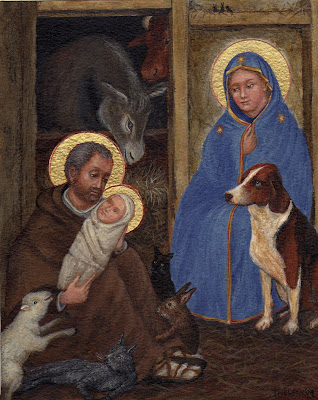 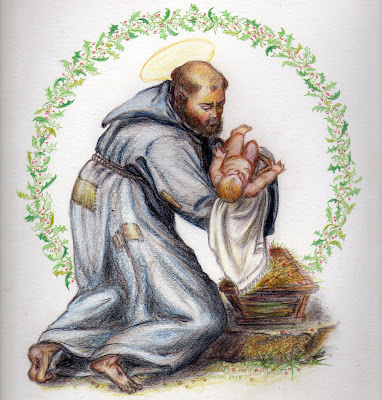 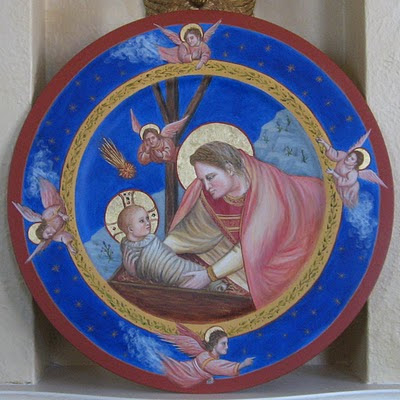 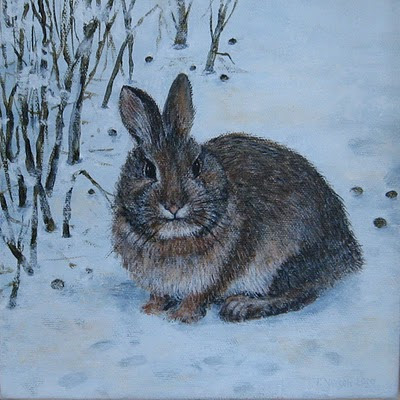 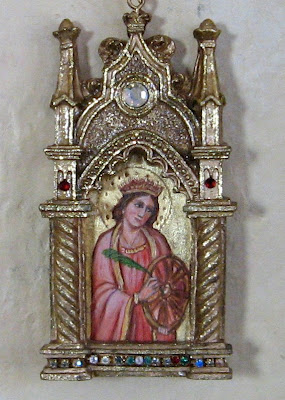 Years ago I found these wonderful resin frames which enclosed a small mirror. I removed the mirror and used the frames for reliquaries and small panels with painted copies of images of the saints from famous Florentine altar pieces. In this case I embellished the frame with crystals.